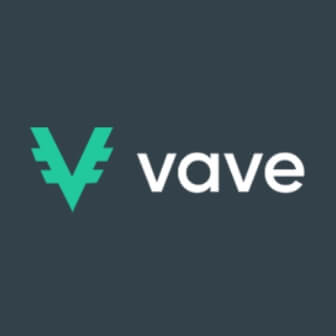 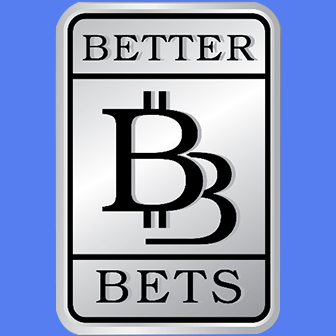 BetterBets.io isn’t just another Bitcoin casino. It doesn’t have the familiar and popular slot games, not even the high-quality live dealer games. What it has, however, are unique games developed by MoneyPot. There are several games onboard and one of these is the provably fair Bitcoin dice.

The BetterBets.io Bitcoin dice game comes with a 1% house edge, along with the standard features of an online dice. Its interface is simple and straightforward, but you might need a few more minutes to figure out how to correctly operate it. Unlike the typical Bitcoin dice game, it lacks the features that make a site look engaging. Nevertheless, Bitcoin dice reviews agree that this trait makes it stand out among a sea of Bitcoin dice games.

But if there’s one feature that gives it the edge over the others, it would be the automated betting feature. While other dice sites also offer this, the feature on BetterBets.io is so detailed that it gives you full control of the feature. 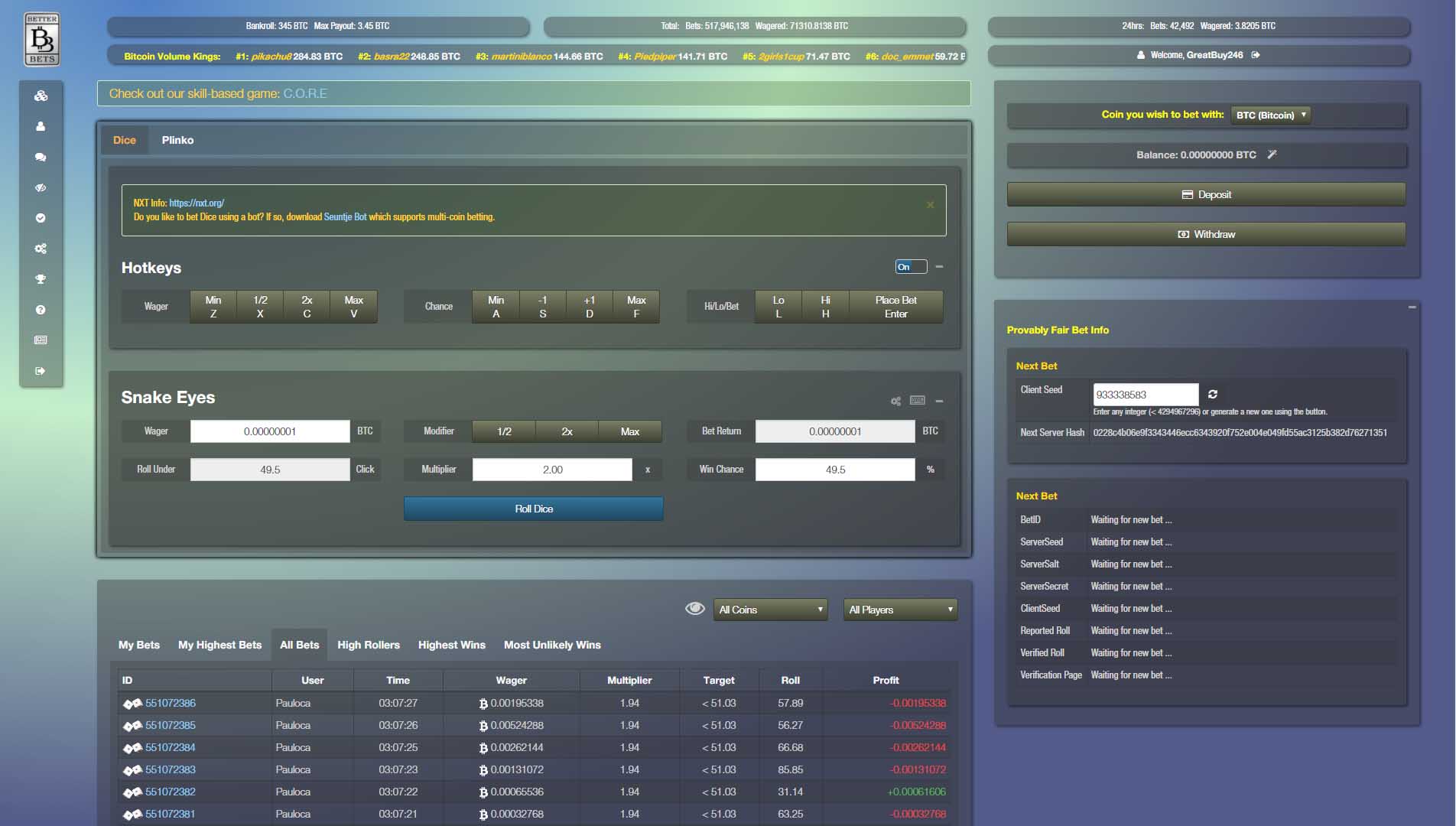 Another feature that differentiates BetterBets.io from the conventional Bitcoin casinos is its lack of bonuses and promotions. What it offers, though, is a Bitcoin dice faucet that gives away free coins, and this faucet is good enough to get the ball rolling for most players.

Contrary to most dice faucets, this site gives you 200 satoshis every five minutes even if you have a balance. This means you don’t have to empty your bankroll to claim these free coins.

When you play BetterBets.io with Bitcoin, you’ll see how convenient depositing and withdrawing funds are. This is thanks to the two easy ways by which you can deposit funds. One is to move bitcoins from your wallet to the app, and the other is to deposit directly into the app. Whichever method you choose, your bitcoins will be credited to your account in no time.

You can say the same whenever you cash out your balance. This process will transfer your funds from your account straight to your wallet. But what makes BetterBets.io more appealing is that it allows you to buy Bitcoin through the integrated ShapeShift app.

Play BetterBets.io dice with Bitcoin or a newer crypto currency called NXT. Using either of these two units, you can enjoy making as many dice rolls as possible. And considering possibilities, this site may offer you more crypto currencies choices in the future.

This BetterBets.io review shows what you can expect from the sites’ dice game. Its game isn’t a groundbreaking save from the automated betting feature. But this doesn’t mean it’s not worth-playing. This Bitcoin dice site gives you provable fairness and a low house edge, paired with a generous Bitcoin dice faucet.